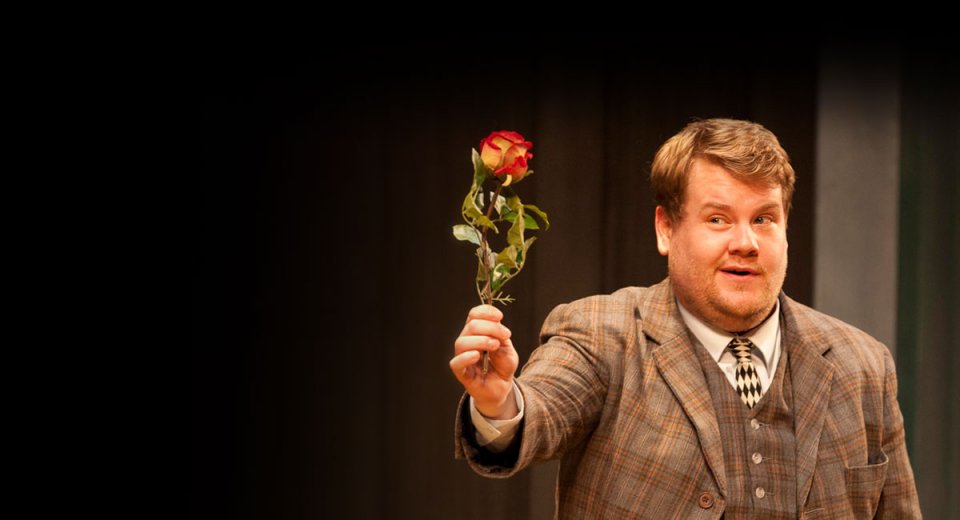 by Richard Bean, based on 'The Servant of Two Masters' by Carlo Goldoni, with songs by Grant Olding

We’re all about experiencing theatre together.

It all kicks off with James Corden in the hilarious One Man, Two Guvnors on 2 April at 7pm UK time. You will be able to watch some of the best British theatre from the comfort of your living room, via YouTube for free for one week. Subscribe to our YouTube channel to tune in.

Fired from his skiffle band, Francis Henshall becomes minder to Roscoe Crabbe, a small time East End hood, now in Brighton to collect £6,000 from his fiancée’s dad. But Roscoe is really his sister Rachel posing as her own dead brother, who’s been killed by her boyfriend Stanley Stubbers.

Holed up at The Cricketers’ Arms, the permanently ravenous Francis spots the chance of an extra meal ticket and takes a second job with one Stanley Stubbers, who is hiding from the police and waiting to be re-united with Rachel. To prevent discovery, Francis must keep his two guvnors apart. Simple. 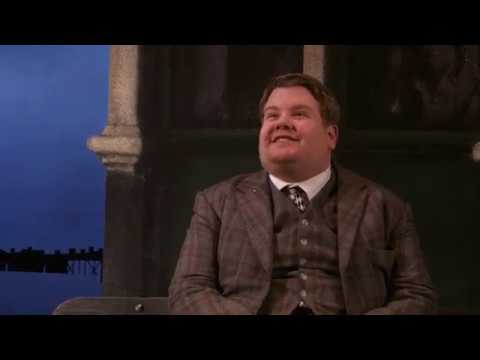 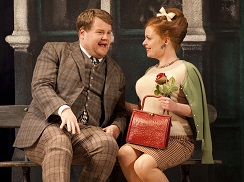 James Corden as Francis Henshall with Suzie Toase as Dolly. By Johan Persson.

James Corden is a hit.

The funniest show on the planet.

At the National Theatre, we make world-class theatre that is entertaining, challenging and inspiring. And we make it for everyone. Find out more here. 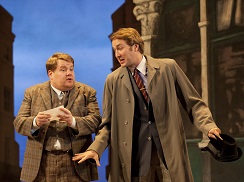 One of the funniest productions in the National’s history 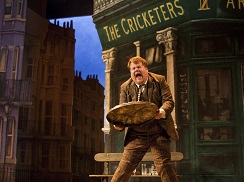 Forget your cares at the funniest show in town.