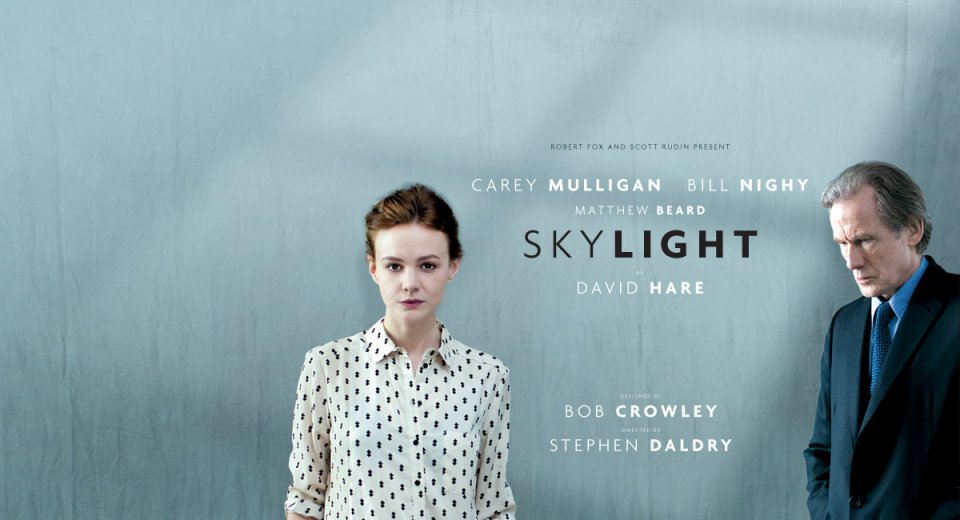 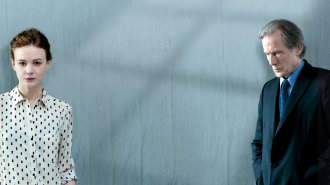 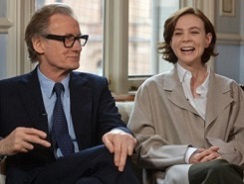 Thrillingly revived by Stephen Daldry in a knockout production 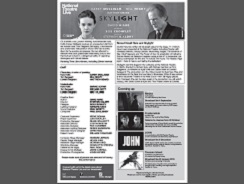 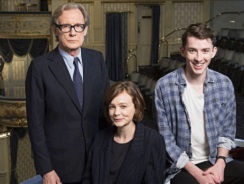 'Hopefully you will be moved, you will be entertained and you will be made to laugh. And then you will be very hungry...'
Bill Nighy, Carey Mulligan and Matthew Beard talk about theatre, ideals and cooking onstage
Read full article 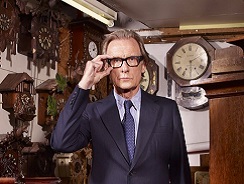 'At my age you're supposed to move to the country.'
He's one of our best-loved performers, but it's all an act according to Bill Nighy
Read full article

Winner of the 2015 Tony® Award for Best Revival of a Play, Bill Nighy and Carey Mulligan feature in the West End production of David Hare’s Skylight, directed by Stephen Daldry, captured live during the production's original 2014 London run by National Theatre Live.

On a bitterly cold London evening, schoolteacher Kyra Hollis (Carey Mulligan) receives an unexpected visit from her former lover, Tom Sergeant (Bill Nighy), a successful and charismatic restaurateur whose wife has recently died. As the evening progresses, the two attempt to rekindle their once passionate relationship only to find themselves locked in a dangerous battle of opposing ideologies and mutual desires.

Bill Nighy, whose extensive film credits include Love Actually, Notes on a Scandal and The Best Exotic Marigold Hotel and whose stage roles include Pravda and the world premiere of David Hare’s The Vertical Hour on Broadway, plays alongside Carey Mulligan (Inside Llewyn Davis, The Great Gatsby, An Education) who is making her West End stage debut, and Matthew Beard (An Education, One Day, The Look of Love).

Skylight is directed by Academy Award®-nominated director Stephen Daldry, who recently directed the sell-out West End production of The Audience with Helen Mirren, which was also broadcast to cinemas by National Theatre Live.

David Hare is the author of 29 plays for stage, including Plenty, Racing Demon, Amy’s View, Pravda (with Howard Brenton) and Stuff Happens. His many screenplays include The Hours and The Reader.

Skylight was originally produced at the National Theatre in 1995, before transferring to the West End and Broadway, and won an Olivier Award for Best Play.

Skylight is a great play that touches lightly but thought-provokingly on money, class, politics and love